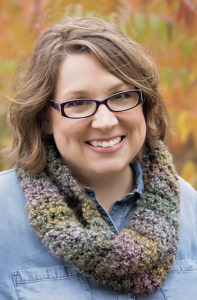 I sat in my car, anxiously watching the minutes tick by as I ruminated over and over the words I had prepared for this crucial meeting. I had arrived much earlier than the appointed time, knowing I would need a few moments to calm my nerves before walking into a room to face a panel of eight legal, medical, and insurance professionals.

I was pregnant with my sixth baby and was seeking to have an out-of-hospital birth under the care of licensed and professional midwives in my home state of Wisconsin–just as I’d given birth to my last baby. Due to having a history of multiple prior cesarean births, if I were to give birth in a hospital this time, I would be forced to either consent to an elective cesarean section scheduled at 39 weeks, or go to the hospital late in labor to take my chances at refusing surgery with the on-call obstetrician. One might wonder how I knew with such certainty that these were my only two in-hospital options; I know this because, in my quest to plan a vaginal birth for this baby, I had contacted every one of 70 in-hospital, in-network care providers within 30 miles of my home to seek their support in a second vaginal birth after previous cesareans. Not one would do so; those who responded to my request often cited that a vaginal birth after multiple cesareans was not the “standard of care”.

Although I would have preferred a hospital setting in case of an emergency, it quickly became clear there was not a single in-hospital provider who would support my medical decisions for this birth. For this reason, I chose a home birth with the same midwives who had also delivered my fifth baby at home. I made the informed decision that not only was a vaginal birth a more medically appropriate choice in this case, it was also more financially comfortable. Per Childbirth Connection, the average cost of an uncomplicated cesarean section in the United States is $17,859 and that of an uncomplicated vaginal birth in a hospital in the U.S. is $10,657. I was requesting that my insurance provider agree to an in-network exception for my midwives to cover the $2,000 all-inclusive home birth fee.

I spent months compiling data, providing resources, and writing letters to my insurance company to help them understand the bottom line: it would cost them significantly less money to authorize an in-network exception for my experienced, licensed, certified professional midwives. We went through the formal complaint process, the internal review process and the external review process provided by Wisconsin law, but my appeals continued to fall on deaf ears.

As a last resort, I scheduled an in-person interview with my insurance company and the panel of professionals on their review committee. As I sat waiting for the appointment, my heart pounded in my chest. Finally, it was time to go in. I gathered the reports I had brought along and the stacks of letters that had brought me to this point. With a deep breath, I silently pleaded that everyone in that room would make the financially sensible choice: to allow the in-network exception.

It was not to be. The professionals in the room continued to tell me that a home birth is not the “standard of care” and therefore they would not agree to cover it. They were willing to incur a cost of more than eight times what I was asking to be covered, for a surgery I felt forced into.

Ultimately, I decided to make the financially and medically sensible choice and pay my midwives out of pocket for the home birth of our sixth baby. I welcomed our third sweet daughter in the morning light of our bedroom on a blustery January day.

In a way, we were all winners that day: my insurance company didn’t pay a dime, and my daughter and I were able to have the healthy physiologic birth I’d originally planned. But I have to wonder, how many people couldn’t have afforded that and instead feel forced into serious medical decisions; how many needless surgeries do women undergo because of policies like this? With maternity care costs being what they are today, insurance companies need to start thinking outside the box–they can’t afford not to.

Rachelle Hansen is a mother of six children, with six completely different birth experiences. Through these experiences, Rachelle gained insight into some of the problems facing maternity care in the U.S. today and became a birth advocate with Improving Birth, an organization focused on bringing awareness to these issues. Now a certified doula, Rachelle continues to advocate for improved maternity care and can also be found behind the monitor of her computer as the owner and principal graphic designer of iDesign Fox Valley.  She was also a contestant in the 2016 Costs Of Care Essay Contest.