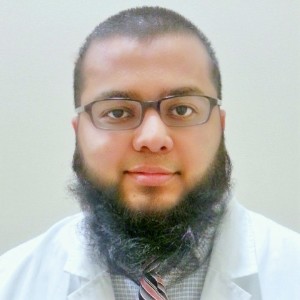 There is no doubt whatsoever that prevention of an issue from happening almost always incurs cost savings. In my time volunteering as a pre-medical student at an extremely busy New York City clinic, the aforementioned notion was tried and tested to great effect. It was a simple idea where I proposed to my clinical preceptor that we setup a curbside health care table to provide basic medical tests and screenings to the pedestrians walking by and anyone in the community who wanted it. Not only was the clinic located in a densely populated and a very diverse area, it also fell under the designation of a federally identified underserved medical area. All of these factors and our observations from day to day operations painted a picture of a rather poor access to healthcare for that community overall. Besides a myriad of socio-economic hindrances towards access to healthcare, there were also cultural and religious barriers that this largely immigrant population faced.

With that being said, we come back to the original story where I proposed a free health screening station on the bustling street. My primary rationale behind this idea was to serve my community by doing simple blood pressure checks EKGs, and screenings for diabetes, obesity, as well as do preliminary assessments of routine healthcare issues with the assistance of my colleagues who were qualified medical professionals (MD’s, NP’s and PA’s who took turns working shifts with me). At the end of a two month period, when I went over the basic data from each “curbside” patient encounter, the significance of the cost savings gradually dawned over me. For instance, we diagnosed five pre-diabetics, counselled eight overweight persons on the dangers of obesity and perhaps the most critical of all: two middle-aged males with EKGs showing recent myocardial infarctions (MI: heart attack) unbeknownst to them—all of this in the six hours of the day we had the screening station running during morning and even rush time. Just the realization of the costs saved by preventing the full onset of debilitating medical conditions such as diabetes was profound. The two persons with recently suffered myocardial infarctions were immediately sent to the Mount Sinai Hospital Cardiac Catheterization Lab for urgent treatment. Later one of them came back and informed me that three of his coronary arteries (supplying blood to the heart muscle) were almost completely blocked and so he had to undergo an emergent triple coronary artery bypass graft (CABG) surgery. This highlights another pressing dilemma concerning costs of care, i.e.: numerous diseases such as hypertension follow a silent course for a significant amount of time (years) without showing any manifestation of symptoms. Meaning that by the time symptoms of the disease process become apparent, too much end-organ damage has been caused requiring often prolonged hospitalizations and adding on to costs and losses for the state as well the patient himself. If my patient had not undergone EKG testing on that particular screening day, he most likely would have not found out about his ailment until he had gone into heart failure and/or very early death. This idea of preventive medicine is not new, in fact various governmental health care agencies and organizations have been actively pushing for its swift implementation— however there is a tremendous amount of work and effort that is still needed in order to bear fruit.

Therefore, it was a very enlightening yet humbling experience to have helped out several hundred people during those two months I had organized and worked at the free health screening table. I believe I was able to practice a lot of preventive medicine both in the form of machine-aided screenings as well as a great deal of counselling and advisement. This in turn caught latent and developing medical conditions among the community members allowing for a swift and effective course correction or referral towards more advanced care. After all, lower costs of care with optimum health care is ultimately in our best interests both as compassionate health professionals and as patients on the receiving end.

Usman is a fourth-year medical student at the American University of Antigua College of Medicine and a healthcare MBA candidate at Urbana University. When not busy with rotations and board exams, he studies the business side of medicine and health policy.