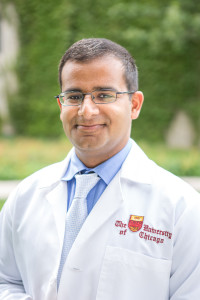 At first glance, the Indian Health Services (IHS) appears to be a dream come true for patients concerned with out of pocket healthcare costs. Patients with IHS insurance, a single-payer system guaranteed to all members of federally-recognized Native American tribes, pay $0 co-pays for primary care, $0 for transport to local hospitals, and $0 in monthly insurance premiums. However, after shadowing at an IHS facility on the Rosebud Reservation, South Dakota, I uncovered a different story.

Julia S. (names have been changed to protect privacy), a woman in her 70s, is an elder on the Rosebud Reservation. One day, she visited the emergency room (ER) at the local IHS hospital because she had been experiencing chest pain and feared a heart attack. Despite her potentially life-threatening complaint, she was required to wait for several hours before being seen because ER staff was overwhelmed by patients with even more serious conditions such as gunshot wounds and hemorrhages. Since there is only one emergency physician on staff at a time in this IHS hospital, nurses and physician assistants often serve as the first point of care, even for extremely unstable patients.

Eventually, the ER staff determined that Julia needed an urgent cardiac consult that could not be provided at the IHS facility. Since the closest advanced care hospital (Rapid City Regional) was nearly 180 miles away, hospital staff decided to fly her there via air ambulance. When she arrived, the specialists ran several tests, prescribed some medicine, and discharged her. A relieved and exhausted Julia finally left the hospital to visit some family.

Little did Julia know, she was now stranded in Rapid City. Since she had left the hospital, she was now ineligible for transportation back to Rosebud. Nobody in her local family had a car, and as a senior citizen barely scraping by with Social Security, she could not afford the cost of a three-hour taxi ride. Ironically, if she had just stayed in the hospital after being discharged—racking up large, unnecessary medical costs to IHS in the process—she would have been given a free ride back home. Julia was finally able to return home the next day due to the generosity of another reservation resident.

Unfortunately, Julia’s troubles with the healthcare system were far from over. She was billed $15,000 for the air ambulance. There is absolutely no way that she will be able to pay this fee. This bill will always hang over her head, preventing her—and many of her family members—from escaping the cyclical poverty so endemic to residents of Rosebud.

Why couldn’t IHS protect Julia from the astronomical cost of the air ambulance? The agency is overwhelmed by caring for some of America’s poorest communities while being funded at extremely low levels. IHS has never recovered from the draconian budget cuts imposed upon it during the 2013 sequestration, and during a calendar year, IHS typically runs out of money in May. This is not because the system is woefully inefficient; in fact, IHS spends only $2400 per person per year on healthcare (nearly 75% less per person than the national average of over $9000) with relatively low administrative overhead costs.

The IHS budget quickly evaporates each year because of routine cases like Julia’s. Patients are transported by air ambulance multiple times a day, often for complaints that end up being non-emergent. In addition, IHS must contend with extreme social challenges. In Rosebud, for example, unemployment is well over 70%, life expectancy is less than 50, and preteen children frequently attempt suicide.

With more funds, IHS facilities could afford better diagnostic equipment that would help healthcare providers avoid sending patients on unnecessary, expensive flights to other facilities. A more empowered IHS could also focus on tackling the systemic health issues facing millions of Native Americans, thus leading to greater cost-savings to the government and to individual patients.

Regarding the federal government’s relationship with Native Americans, President Obama once said, “While we cannot erase the scourges or broken promises of our past, we will move ahead together in writing a new, brighter chapter in our joint history.” It is time that we, as a nation, face that challenge and advocate for a better-funded IHS.

Aamir is an MD candidate at the University of Chicago Pritzker School of Medicine, Class of 2018. His research focuses on improving efficiency of emergency care. Aamir is also interested in the intersections of religion and medicine, and in 2015, he was awarded a $5000 fellowship from the Interfaith Youth Core to design a discussion series at the medical school around religious identity in healthcare.