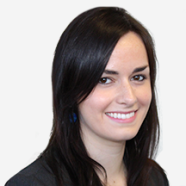 Media outlets have documented the current heroin crisis extensively, and a recent examination by Nursing@Simmons details how this crisis is affecting the United States. Given the toll the crisis takes on drug users, their families, and society, it’s clear that public health professionals are in a prime position to respond.

One of the most prevalent costs associated with drug abuse is health care. The National Institute on Drug Abuse (NIDA) calculates that direct health care costs account for $11 billion of the $193 billion overall cost attributed to drug abuse, partly through increased risk of HIV and Hepatitis C, overdoses, spontaneous abortions, collapsed veins, and compromises in cardiac, gastrointestinal, liver, kidney, and pulmonary systems. Due to this potential range of effects, heroin abuse taps many health specialties, creating a drain on specialists and increased health care costs.

Of these health risks, heroin overdoses represent the greatest loss. Men between 35 and 54 years of age, and white or American Indians/Alaskan natives, are at greatest risk, according to the U.S. Department of Health and Human Services.

Another cost is crime. The Bureau of Justice Statistics links drug use and crime by measuring factors like how often people steal to get money to buy drugs and the number of crimes people commit while under the influence. Offenses like this are easily documented and clearly detrimental to taxpayers, victims, and addicts. However, heroin takes an even greater toll below the surface. NIDA documents heroin’s economic workplace costs, as addicts are likely to have absenteeism, high turnover, illness, injury, and impaired functions, as well as poor decision-making. These factors affect risk management and cause higher insurance premiums.

While these costs have always been associated with heroin use, the demographics of the current crisis are different. Previously heroin use was associated with urban minorities projected as criminals, but the current crisis is striking white suburban areas. Addicts are now being depicted as victims of addiction, more deserving of health care than incarceration, as The Atlantic documented in a 2014 feature story.

Moreover, health care had a critical role in creating this resurgence in heroin abuse: the Purdue Pharma release of OxyContin in 1996 and marketing ploys to promote opioid use resulted in a tenfold increase from 1997 to 2002. One tactic used was to target doctors who would be likely to prescribe it. This one drug made up 80 to 90 percent of Purdue Pharma’s revenues before charges of misleading the public led to $634.5 million in fines and guilty pleas to criminal charges for three of its executives. After patients fell prey to the addictive relief of Oxycontin, the supply was restricted, and heroin was found to be an inexpensive and readily available alternative.

Meanwhile, NIDA reported that the overdose death rate from heroin use saw a sixfold increase from 2001 to 2014, with the biggest jumps occurring in the last four years, and the U.S. Department of Health and Human Services records reflect that from 2012 to 2013 heroin-related deaths increased 39 percent.

But there is a way to combat the crisis. Fortunately, investing in drug addiction treatments reduces costs to the community and is less costly than incarceration. NIDA discovered that combining criminal justice and health care resources can create an efficient and effective treatment program. This strategy saves $12 for every dollar that is spent on addiction treatment instead of incarceration.

Additionally, treatment can help physicians identify problems as early as possible. Heroin can impair cognitive function, and over time, it can impair judgment, decision-making, learning, memory, and behavior control, which can lead to greater risk taking. Moreover, heroin in high quantities can suppress breathing, lowering oxygen being delivered to the brain, known as hypoxia, which can effect psychology and neurology, including permanent brain damage. The risks are significant, but the earlier the treatment, the less potential there is for permanent damage or loss of life.

According to the Food and Drug Administration more needs to be done to address addiction treatment gaps. One example of an attempt to bridge this gap is the FDA’s rapid approval of a nasal spray for overdoses, and the subsequent distribution and education efforts. But more work is needed and collaboration between government agencies, health care companies, and community organizations in treating this as a health care crisis will ensure that the response is swift and effective.