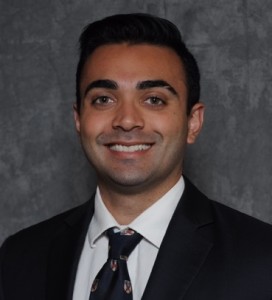 The cost of medical service provision in the United States is one of the most palpable strains on the healthcare system, but we must not forget that cost is the sibling of quality and access—without considering the three together, we will fail to solve our country’s healthcare quandary. Low quality care inevitably results in the need for more care in the form of readmissions, while lack of access to primary care leads to increases in the utilization of expensive, emergency services. One blatant violation of these two pillars of care is of particular concern in our country, and it was through the example of one patient, Mr. Gomez, that I truly came to appreciate this growing dilemma: that of the undocumented patient.

Mr. Gomez was an acquaintance of my family who we would sometimes informally compensate to help with various household construction projects or logistical tasks at my father’s small business. I wasn’t entirely sure, but I could venture a guess from conversations I had with him that Mr. Gomez was undocumented, not uncommon in Southern California; nonetheless, this made life very challenging for him. Among the several daily worries he had, such as driving without a license, he also had no regular access to basic medical care. While in theory he could have gone to one of the free clinics around Los Angeles for a basic work-up, his immense anxiety regarding his immigration status and how that would impact his care led Mr. Gomez to avoid the healthcare system altogether.

And so, by the time he eventually showed up to Olive View, a large county hospital in Los Angeles, it was both a surprise and yet not a surprise when a large vesicoenteric fistula (a connection between the bladder and bowel causing a mixture of urine and stool) had formed within his body, leaving him with severe systemic infection. If Mr. Gomez had an established primary care provider, he would likely have gone in months earlier when he first had classic symptoms of diverticulosis. If not then, he certainly would have when it developed into recurrent bouts of diverticulitis in the weeks prior to his admission to the hospital. But alas, he ended up trying to wait it out, using herbal medicines and self-treatments at home before eventually calling my mother, who is a physician, complaining that he actually had feces in his urine, in addition to fever and other constitutional symptoms of sepsis. Luckily, he was successfully operated on, and the cost of his surgical care was covered by Emergency Medi-Cal, California’s specific Medicaid emergency plan.

In the United States today, undocumented immigrants cannot receive federal health insurance through health exchanges, and as a result are often left to the only mechanism that does not force them to pay—Medicaid’s emergency coverage. Moreover, this is not solely a California issue—a 2007 JAMA article showed that 99% of those using Emergency Medicaid in North Carolina were undocumented immigrants. Thanks to EMTALA (Emergency Medical Treatment and Labor Act), anyone who is acutely ill cannot be turned away from an emergency room in this country, but many times those who are undocumented will still avoid coming in for fear of persecution due to their legal status, as well as hospital bills that they sometimes still incur. The issue with a system such as this, where undocumented people really only seek care when their health is severely compromised, is that while they will ultimately be taken care of, their health outcomes end up being significantly worse, and their cost to the hospital and healthcare system are far greater.

There is currently a push by California Senator Ricardo Lara to open access for undocumented people to purchase health insurance plans from Covered California, our state’s health exchange. His act, The Health for All Act of 2015, would expand access to roughly 1 million people who, solely because of their legal status, cannot access preventative services and coverage. The total estimated number of undocumented people in the United States is 11.7 million as of 2015. If we let 11.7 million healthy people become 11.7 million complicated patients with advanced disease who incur expensive and ineffective treatment courses, we will find ourselves in a true cost conundrum. And if we truly care about our patients, we can’t let this happen. Remember—it costs nothing to care.

Abraar Karan is an MD candidate at UCLA where he serves as Student Body President. His interests are in improving health systems for marginalized populations, both domestically and in the international setting.