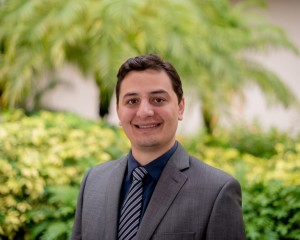 There are few worse ways to awake a person than with a needle stick in the arm to draw blood. If you have ever spent the night in a hospital, chances are the first thing that happened in the morning was a vampiric nurse or lab technician, following doctor’s orders, standing over your bed and greeting you with a needle and a set of vials.

Most of us just grit our teeth, maybe close our eyes, and deal with it. After all, these tests are critical for our health, right?

Actually, as many as half of labs ordered may not be necessary. Cutting back can not only minimize the ouch but can also help lower costs. A group of colleagues and I have looked into this issue, and we found some interesting

Why do we get stuck, anyway?

There are many reasons doctors order too many tests. According to a recent survey of resident physicians, these doctors-in-training attribute overordering of lab tests to longstanding social norms within their hospitals.

They cited various reasons. Sometimes, they are trained to order routine morning labs for every single patient in the hospital. There is a paucity of faculty role models who celebrate restraint. Some said that faculty physicians are unlikely to explain and “lay out clear expectations on which clinical situations warrant daily labs and which do not.” They also cited a lack of transparency about the costs of tests.

At the University of California at San Francisco Medical Center, a group of resident physicians sought to decrease the number of times their patients were getting stuck with needles while in the hospital. We led a program there focused on improving care of patients and decreasing areas of overuse, so they came to us for help. The findings were interesting and may suggest that many needle sticks in the hospital can be avoided.

A visit once a day from these guys may be plenty.  From www.shutterstock.com

Other hospitals have recently focused efforts on decreasing the number of labs ordered in the hospital, but we weren’t aware of any that looked at actual needle sticks.

What really matters most to our patients – and thus to the doctors caring for them – is the discomfort of the needle rather than what was done with the blood after it was obtained.

Based on data available in the electronic medical record, patients at UCSF Medical Center were on average getting stuck more than twice each day they were in the hospital. Some days, such as the first day they were admitted, were often even worse.

The UCSF resident physicians launched a program called “Think Twice, Stick Once.” They began educating their colleagues about how to appropriately decrease the number of sticks for patients. They handed out red circle buttons featuring their slogan, which were soon adorned on white coats throughout the hospital. They made a poster with a prominent, well-respected teaching physician and hung it in the work room to further disseminate the campaign.

The team members could drill down to individual patients and open their charts from the dashboard for further investigation if necessary. We believe this approach both empowered doctors to believe that data they received were accurate and allowed them to see real examples of patients they treated that could have avoided a stick or two.

Save money and tears

A lot of money might be saved – not to mention pain and tears – from cutting back on needle sticks. At University of Utah Health, a program led by hospital medicine physicians that reduced labs is estimated to be saving more than US$250,000 annually in that system.

They too provided a robust online data dashboard tool that allowed physicians to see their own accurate and detailed cost data for the care they provided, from the level of a diagnosis or procedure down to the cost for specific patient encounters.

While there is a lot of overuse of lab tests in the hospital, the outpatient setting contributes its fair share as well. A common source of unnecessary lab draws is prior to minor surgical procedures, such as cataract surgery or outpatient plastic surgery procedures. Multiple studies have shown routine preoperative medical testing for many low-risk procedures does not improve outcomes nor decrease the incidence of adverse events, yet the practice remains common.

Physicians and nurses should always ask themselves how a specific test would be used to change management of the illness of the patient. If it would not lead to a change in management, then the test should not be done. Also, many blood tests can be “added on” to prior samples from the hospital stay rather than requiring a new stick.

Too many tests can be bad

Other than the pain of a needle stick, how could more testing be bad for patients?

False-positives can be a serious problem as they often lead to undue worry, further testing and procedures.

From a systems perspective, attacking a problem so deeply ingrained in habit and culture requires a dedicated, multipronged strategy. We applied a framework, developed by the global nonprofit Costs of Care, for programs that seek to effectively decrease overuse of specific health care interventions.

The framework is “COST”: Culture, Oversight, Systems and Training. We addressed each of these aspects with the “Think Twice, Stick Once” campaign. The resident physicians focused on changing their culture of ordering labs with an educational campaign and provided training on reviewing data on needle sticks per day. We provided the data oversight and systems to make this as easy as possible.

Ultimately we saw a sustained decrease in needle sticks for our patients.

If you happen to find yourself in a hospital, unless you are critically ill, perhaps kindly suggest to your physicians that when they order your lab tests they could think twice, and stick once.

Dr. Moriates is a hospitalist, the assistant Dean for Healthcare Value and an Associate Professor of Internal Medicine at Dell Medical School at University of Texas, Austin. He is also Director of Implementation Initiatives at Costs of Care.