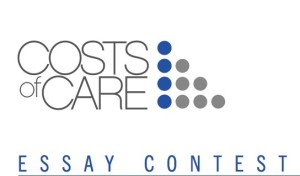 Rrrrrrrp. Tall and short, thick and thin, black, white, and every shade in between, rolls of tape hold a hospital together. For everything that moves but shouldn’t, tape is the obvious solution. From holding a cast in place to holding up a pair of scrubs, tape may be the most vital hospital supply. As a 3rd year medical student during a surgical rotation, my job on rounds was to be the tape ripper. I would provide carefully ripped pieces of tape to the intern, who would combine these pieces with sterile gauze and present these carefully crafted dressings to the chief resident for him to apply over a patient’s incision. To a novice tape ripper, this sequence sounds simple; to one well versed in the difficulty of single handedly tearing perfectly proportioned tape strips while avoiding an unavoidable jagged edge, followed by a successful transfer from one gloved hand to the next without the tape sticking to itself, knows this to be a most challenging task.

I managed, however, and shortly graduated from tape ripping during rounds to tape application in the operating room. My first big solo job was during a rotator cuff repair. Standard practice before this operation is to ensure that a patient is positioned securely – to do so, one uses enough tape about the patient’s head and neck that they bear a passing resemblance to a mummified cartoon. Shortly after I had finished the attending surgeon arrived, looked at my handiwork, looked back at me and said, “Always use more tape. Its free.”

We laughed and wrapped another few rolls around the patient’s head, but his saying stuck with me. As a student, I didn’t have much to do during the case except to feign interest and think about what he said. Of course tape is free: he doesn’t pay for it, the patient doesn’t pay for it, and I certainly don’t pay for it. It is never in short supply and nobody ever uses a full roll – you just throw it out. This is an unfortunate but pervasive byproduct of hospital culture. Extra gauze? Toss it. Grab one too many syringes? Straight to the sharps bin.

Who then pays for all of the tape we use? Tape, and all of the other “invisible” consumables used in a hospital are unlikely ever to appear on an itemized bill at the end of an admission. Nobody keeps track of usage on an individual level and, to be honest, nobody “on the ground” really cares. In a reverse tragedy of the commons, no one person is responsible for controlling usage of goods or services, and so nobody feels obligated to control their personal contributions to a patient’s overall bill. Tape probably doesn’t affect the bottom line all that much, but a CT scan of the head does. So does a lumbar MRI for low back pain, and so too does cardiac stress testing in low risk, asymptomatic patients. In a permissive atmosphere where waste is allowed to be commonplace, unnecessary testing and procedures become routine.

These thoughts have failed to change my behavior. If anything, as I progress in my level of training, I probably use more tape. While at first I thought this behavior was unfortunate, I’ve begun to appreciate the nuances of hospital supply economics. Yes, an elastic supply undoubtedly produces an elastic demand, and this is just as true for tape and gauze as it is for a cardiac catheterization lab.

However, unlike that MRI for low back pain, this use of tape is justified: if a patient moves during the case, they receive worse care. Being able to distinguish between the hospital goods and services we provide that are necessary and those that we do just to do has been one of the defining lessons of my clinical rotations. Nobody tells you how to make these decisions and nobody expects tape to illustrate this point, but next time you find yourself in a hospital, take a moment to appreciate how little want there is on a daily basis and let that influence the care you deliver.

Travis Doering was a contestant in the 2015 Costs of Care Essay Contest.