I am a current second year oncology fellow at UCSF. I’m thrilled to be joining the Costs of Care team and follow in the footsteps of 4 incredible affordability researchers...

Strengths Psychology: Being Intentional to Improve Joy in Practice

Building Trust in the Healthcare System

Listen as Daniel Wolfson, Executive Vice President and COO of the ABIM Foundation, discusses the importance of building trust in the healthcare system through competency, caring, communication, and comfort.

Indirect Costs of Healthcare and What Can Be Done

Listen as Rosie Cunningham, VP, Strategy and Alliances at Family Reach shares perspectives and solutions for mitigating the burdens of indirect costs of healthcare for patients and families undergoing treatments. 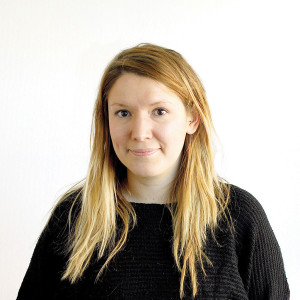 What would you do if you the doctor said you needed a surgery that would cost around $35,000 out of pocket?

Before making any life-changing decisions, Pauline* decided to get a second opinion. She saw another orthopedic specialist, and he agreed: no amount of conservative treatment could help, she definitely needed a knee replacement.

Shortly after retirement, the osteoarthritis in her right knee had become unbearable. After looking forward to spending more time with her grandchildren, she found she could barely walk 10 feet. It was a no-brainer for her have the joint replaced; however, she was looking at an average of $35,000 to have it done.

Meanwhile in Mexico, a growing number of hospitals and dental clinics have opened next to the US border with one goal in mind: to provide a service to the hundreds of thousands of US patients in search of affordable treatment. From orthopedics to mommy makeovers – you name it – there is a hospital in Mexico marketing it to Americans. The current estimate is that 500,000 Americans go abroad each year for medical treatment.

Besides her bum knee, Pauline is in good shape, and considers herself a young 70. My colleague put her touch with several hospitals offering orthopedics, including Hospital Hispano Americano that could fit her in within 2 weeks. They also offered something she had been hoping for: a fixed price package. The whole surgery would cost $11,500 and included transport from the airport (Yuma or San Diego), accommodation, as well as all medical fees including the knee prosthetic.

Unlike many hospitals where the bill does not arrive until after the treatment, the full treatment cost was payable upfront the day before the surgery.

Pauline and her husband boarded the 4 hour flight from Chicago to San Diego, California. At San Diego airport, the hospital’s coordinator picked them up for the 2 hour drive to Mexicali. She had all her pre-op examinations, agreed to proceed with the surgery the following morning, and paid the $11,500 by card. The next day her surgery went as planned, and within five days she was recovering back at home in Chicago.

It wasn’t just the cost savings that attracted her abroad, but the fact that she was able to budget accordingly. She knew exactly how much it would cost before agreeing to undergo surgery. The accommodation was arranged by the hospital and the only additional expense was the flight – $150 return.

This isn’t just a possibility in Mexico – upfront procedure quotes also attract patients to Europe, (not to mention India and Thailand). While the savings in Germany, for example, are not always as ludicrous, after flights and accommodation for a week or two are factored in, it is still reassuring to know that the price can be agreed on beforehand, and there will not be any surprises on the bill.

Germany has one of the best health systems in the world, with expertise and technology on a par with the US, and a knee replacement surgery package in one of Germany’s top hospitals will cost between $15,000 and $20,000. Depending on where the patient lives (the average is over $60,000 in New York) it can be a very favourable option.

Pauline admits that she had some reservations at first. The last thing she wanted was the dreaded, “I told you so,” from sceptical friends. But choosing hospitals wisely, asking the right questions and doing plenty of research can help to keep risks to a minimum. With all surgeries there are risks, and whether at home or away, choosing a hospital with reliable accreditations, transparent reporting, and a good track record is important.

Those who are worried about leaving their comfort zone can still consider travelling for surgery within the US. The average cost of a knee replacement is as low as $16,100 in Alabama, versus $61,300 in New York. In the end, medical tourism allows patients to make informed decisions about their health care.

They say you shouldn’t put a price on your health, but that doesn’t mean you should be afraid to shop around.

*Names and personal info have been changed.

Florence Collins is the Head of Content at MEDIGO, a Berlin-based startup which enables patients to search procedures, compare costs, and book appointments at clinics around the globe.