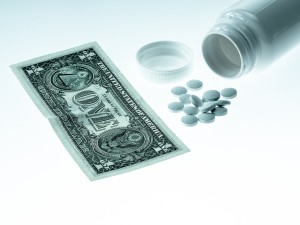 As a third year medical student, I spent one afternoon each week at a health clinic at a community hospital affiliated with my medical school.  This health clinic was focused on primary care for patients with HIV, and many of our patients were poor, homeless, immigrants, or uninsured.  Many were also living with their diagnosis in secrecy and had to hide their medications and medical bills from family members.

One of my patients, who I will call Clara, was a 65 year old Haitian immigrant who diabetes, heart failure, and depression, along with HIV.  Due to her medical conditions, she was unable to work.  She had two grown children, but they did not live nearby and did not know about her medical problems, especially her HIV.  Her husband, unfortunately, was very ill and lived in a nursing home.  Clara somehow managed on her own, but her lack of insurance, poor medical literacy, and limited English proficiency made it difficult for her to stay healthy, and she was constantly coming to clinic for help.

At one visit, Clara seemed unusually tired and revealed that she had been feeling short of breath at home.  In my mind, this raised many questions—Could this be a heart attack?  Worsening heart failure?  A blood clot in her lungs?  Pneumonia?   I took a history and did a physical exam, and my top concern was that this was an episode of worsening heart failure, what we call a heart failure exacerbation, and this typically occurs because the body accumulates too much fluid that the heart has trouble pumping it all so it backs up into the lungs.  Usually, this is a patient who you would send to the Emergency Room (ER) and have them admitted to the hospital so that they could get diuretics (water pills) and slowly lose the extra water—all while being carefully monitored in the hospital.  However, Clara refused to go to the ER.  “Too expensive,” she stated firmly.  “I can’t go into the hospital again.”  We realized the burden this would have on her and her family, so we worked around the problem by getting an EKG done right in the office and getting a chest x-ray.  When her EKG and chest x-ray supported our diagnosis, we decided to give her the diuretics as an outpatient and to have her come back for a second office visit in a few days.   When she returned, she felt that breathing was much easier, and her physical exam supported the improvement.  Instead of this heart failure exacerbation costing thousands of dollars for an ER visit and hospitalization, this cost only a few pills (furosemide 80mg PO costs about $0.29 per pill, and she was prescribed this once daily in addition to her normal medications) plus an extra primary care doctor visit, which runs about $100.

Molly Kantor was a contestant in our 2011 Costs of Care Essay Contest.