A Conversation about Financial Ethics with Leah Binder, President & CEO of The Leapfrog Group

The following is a transcript of a live conversation between Leah Binder, President and CEO of The Leapfrog Group, with Chris Moriates, MD, Executive Director of Costs of Care and...

Building Trust in the Healthcare System

Listen as Daniel Wolfson, Executive Vice President and COO of the ABIM Foundation, discusses the importance of building trust in the healthcare system through competency, caring, communication, and comfort.

Indirect Costs of Healthcare and What Can Be Done

Listen as Rosie Cunningham, VP, Strategy and Alliances at Family Reach shares perspectives and solutions for mitigating the burdens of indirect costs of healthcare for patients and families undergoing treatments.

Listen as Dr. Lauren Demosthenes, OBGYN and Senior Medical Director of Babyscripts, shares her vision and mission for redesigning maternity care and empowering mothers with digital and mobile technology. 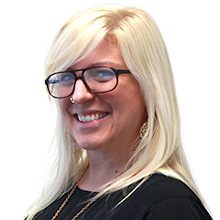 Ideally, a higher cost of health care would correspond to a higher quality of care.  However, cost is not the only determinant of care. Availability of services also determines accessibility. Currently, the United States has only 2.5 practicing physicians for every 1,000 people. Due to a rapidly growing population and a much smaller increase in the number of people entering the medical field, the United States faces a shortage of 90,000 physicians by 2050. Rural America has already been hit the hardest by the physician shortage, as a disproportionate number of physicians choose to practice in more urban areas. Efforts to increase the number of practicing physicians cannot yield results quickly enough to meet demand. According to the Association of American Medical Colleges, “Increasing the number of U.S. doctors is necessary, but it will not be sufficient. In the coming years, the nation will need to transform the way health care is delivered, financed, and used.”

Countries like Germany and Australia serve as great examples of how to use health funding more effectively. In Germany, there are limits on out-of-pocket expenses, and the government covers payments for unemployed citizens. Those who are employed pay a percentage of their income for the premiums. The less money you make, the less you have to pay. With no deductibles and reasonable co-payments, people are able to see a doctor when they are sick without worrying about exorbitant fees. Meanwhile, Australia’s health minister proposed drastic changes to the Medicare system in 2014 because of increasing health costs. At the time, Australia was spending 9.1 percent of its gross domestic product on health care, compared to the 17 percent that the United States was spending. Though these countries face difficulties of their own, they offer many lessons to be learned on how to provide accessible and affordable health care.

The infographic below, created by MHA@GW, the online Master of Health Administration program offered by The Milken Institute School of Public Health at the George Washington University, tells a similar story. The graphic uses health indicators and data from the 2015 WHO World Health Statistics Report to compare U.S. health care with the care offered in 16 other countries. The only category where the United States holds the top ranking is “health care expenditure per capita.” In all other areas, such as measles immunization coverage, proportion of doctors, number of hospital beds and even improved drinking water sources, the United States lags behind. In the coming years, health care quality will depend not just on the amount spent but also on the efficiency of health care delivery.

Julie Potyraj is the community manager for the MHA@GW and MPH@GW blogs, both offered by the Milken Institute School of Public Health at the George Washington University. Her passion for population health developed while she was a community health volunteer in Zambia. She is currently an MPH@GW student.