Hannah Bassett, MD is a pediatric hospitalist at Lucile Packard Children’s Hospital Stanford in Palo Alto, CA. She attended University of New Mexico for medical school and completed her pediatric...

Listen as Carl S. Armato, President and CEO of Novant Health in North Carolina, and winner of the 2020 Steven Schroeder Award, shares his health system's innovations for addressing both the quality and affordability of healthcare.

A Conversation about Trust and Strategy

Listen as Dr. Rich Baron, President and CEO of the American Board of Internal Medicine and ABIM Foundation, shares strategies for building trust in the American healthcare system.

A Conversation about High-Value QI

Listen as one of our Directors, Dr. Vinny Arora, shares lessons learned from her high-value, high-impact SIESTA study. 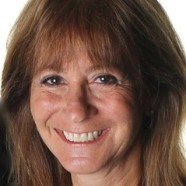 Attempting to alter the health care marketplace so provider decisions are based on patient value has shaped my career for the last 20 years.   Often use of the health care delivery system creates a learning opportunity for me as well as the poor, unsuspecting provider of care.  A recent experience was instructive.

A close encounter with a jungle rock while mountain biking sent my husband back to our cruise ship with a deep gash on his shin.  Our ship’s doctor cleaned it, stitched it and sent him to our room with antibiotic cream.  Two days later, with red streaks around the wound and swelling puffing up around his stitches, his foot and ankle looked like a balloon with toes.  A day of oral antibiotics followed by a few rounds of IV antibiotics on the ship got us to the end of the cruise and back to the states, but things still looked bad.

Landing near midnight, we headed straight for the ER for a dose of American medicine.  Efficient service quickly led to a very pleasant doctor assessing the situation.  “Yes” she said, “That’s definitely infected.  Let’s start by getting an ultrasound.”  “Why,” we asked, “Would we get an ultrasound?”  She replied that we had just taken a long plane ride and it could be a blood clot.  We said, “It looked exactly like this before we got on the plane.  We have a $5000 deductible and really would prefer not to spend $300-400 for an ultrasound if it can be avoided.”  She said, “I’m sure it would cost a lot more than that!” and agreed that we could proceed without it.

Then she said, “Well, let’s get him admitted.”  We asked why he needed to be admitted since they could clean up the wound and get him an IV antibiotic right there in the ER.  She said they would watch him overnight to make sure he was doing all right.  Having some idea of exactly how much he would be watched after midnight on a weekend, we suggested that since we lived 10 minutes away I would watch him and rush him back if things went south.  She agreed that we seemed like responsible people who could be trusted to come back if necessary.

The next step was to remove the stitches and clean the wound.  This was going to be quite painful and the doctor said they had a new pain med that works really well.  Then, finally catching on, she looked back and said, “On second thought, we can just add some morphine to his IV.  That will work and it’s a lot less expensive.”

An hour later, armed with 4 prescriptions we headed home.  We filled the oral antibiotic ($16 at a local pharmacy) but skipped the antibiotic ointment (we already had this from the boat) and the Vicodin and Naproxsyn since OTC ibuprofen was managing the pain.

The wound slowly healed and all is well with the injury, but certainly not with our health care system.  We got great customer service, but how many thousands of dollars would have spent on this one event absent a few probing questions?  How many millions of similar episodes occur every day across the country?  Even for insured, middle class families, spending thousands out of pocket on a health care episode crowds out other needs, say a down payment on a car, a sizeable chunk of college tuition, or worse, the next few month’s rent or mortgage payments.

Yet how many patients have the background and temperament to ask challenging questions, especially in the midst of a health crisis?  Certainly, for the doctor all the incentives point in the direction of more care.  A well-intentioned desire to be thorough combines with fear of malpractice and the fee for service system where erring on the side of doing more results in greater revenues for the care providers.

Patients can’t solve this, even if they are armed with “skin in the game” and a handful of quality and cost measures.  It has to be treating physicians and their teams who consider and discuss with patients the cost/value tradeoffs of their care recommendations.  I believe most doctors would be sincerely concerned about the implications their recommendations have on their patients’ financial health if they really understood what these expenditures meant to them.  Hopefully, this particular ER doc now has an altered perspective.

4 Comments on “Is That Really Necessary?”

“Informed Decision Making” is an elusive goal, but it will happen sooner if patients have some ‘skin in the game. Please visit my website for more on this and some solutions to this important problem..

There are indirect costs, as well as direct costs. Health care costs will continue to skyrocket until medicine, physicians and health insurance plans take a whole body approach, instead of carving us up into little islands and fiefdoms of organs and systems.

For example, we have untold problems because medicine and health plans omit dentistry. Lack of biocompatibility of dental materials is a major driver of chronic diseases in the U.S. Unlike many other nations, the FDA still allows unfettered use of dental amalgam without patient warnings, written consent, or any consideration of gene types that do not methylate or detoxify well. There are a half-dozen common genetic variants in at least 20%+ of us that increase risk of cognitive, immune, neurological and psychiatric diseases as the bioburden of mercury builds up over time.

Medicine and dentistry should be like any other marketplace. Give us a written estimate of what you will do, and what it will cost. Include the materials to be used, and disclose any known risks, expected use life, and if a medical device, approximately how long it is expected to last, and what its replacement will involve. And don’t lie, as the ADA does.

In today’s system, we lack the basic human and medical right of informed consent for dental medical devices. The history of why is telling, and chilling, and the consequences are tragic for a hidden river of people with a hidden river of toxins hiding in plain sight. So skin of the game includes costs, but much more. It includes health, and the right not to have it taken away from us.

Ironically, costs plummet once doctors and patients learn that chronic diseases are not a life sentence, but the result of unfortunate combinations of genes and toxins, which are legion, and address them by eliminating or reducing exposure and assisting the body, brain and cells to heal and function well again.

I work in behavioral health administration, and have a claims background so i tend to ask more questions than the general consumer but sometimes I forget very easy questions. For example – the sock liner for my podiatry issue – The doctor submitted a $64 claim for it and United allowed $34. The medical “sock” retails for about $7 which is extremely excessive for something I could have substituted out of my husband’s closet for free. The pain of the examination and my desire for relief made asking if there would be a separate cost for all components of the boot the last thing on my mind. I have attempted to open a discussion about the outrageous contractual allowance for this item with United, who won’t talk about it; as well as the Dr. who won’t disclose their cost for the item. I heartily agree with the author regarding where the responsibility starts and also agree with Jeffrey that consumers need to be more educated regarding questions to ask that will keep them medically and financially well.

I’ve read several of these types of articles, and what is consistently missing from the analysis is the burden of the legal culture in this country that weighs on medical decision making. To not get an ultrasound, to not admit the patient for IV antibiotics, etc would all be a breach of “community standard of care,” a concept universally used by litigators in their malpractice suits.

I agree that simple cost cutting measures are noble and worthy endeavors for the medical practitioner to engage in, but the the large chunks of rising medical costs (the aging population, lack of preventative medicine, and poor planning for end-of-life care) are brushed under the rug. These are the 800 lb gorillas in the room that should be the prime focus of our reforms.