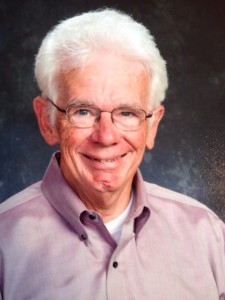 I have a recurring nightmare. My wife and I are led to an elegant table in a five-star restaurant. The obsequious waiter bows slightly at the waist and hands us menus. I open the tome and read:

I awaken, helpless, haunted and hungry. Is this the penance that we in the health care community should pay for our perpetual ignorance and indifference to the economics of the labs, imaging and prescriptions we order for our patients each day? Our Ignorance? Indifference?Physicians often do not know what the care they order costs their patients and the medical system. Allan, GM et al in PLoS Med 2007 Sep; 4(9):e283 in a systematic review found that physician cost accuracy of common prescriptions was low. Only 31% of the estimates were within 25% of the true cost. Doctors consistently overestimated the cost of inexpensive drugs and underestimated the cost of expensive ones.

In a 2014 study in the British Medical Journal (2014:48: g120), 503 orthopedic surgeons, both attendings and residents, at seven academic medical centers, were asked to estimate the cost of 13 commonly use orthopedic devices. The attending orthopedists were correct, within 20% of the correct price, 21% of the time, while the residents were accurate only 17% of the time. 80% of the respondents in the study indicated that the cost should be moderately, very or extremely important in the device selection process. The implication of the last statistic is that we care about medical economics, but not enough to invest our time to research the costs.

Hope in New Transparency and Tools?

Is the preceding doctor bashing diatribe unfair? Perhaps, in part. It has been frequently difficult to find out what a given test will cost a particular patient. For many years, I  unsuccessfully attempted to find the costs to cash paying customers of common laboratory and imaging studies in our three local hospitals. Recently, all three hospital CEOs promised prices and delivered on their word. All three spontaneously mentioned the concept of “transparency in pricing.” That’s encouraging!

Several recent studies show that when physicians are given accurate, real-time costs of tests and prescriptions, their ordering behaviors change toward fewer and more cost effective orders. A study from Johns Hopkins Hospital (Feldman LS et al, JAMA Intern Med 173 (10): 903, May 27, 2013) examined the effect of a simple intervention on inpatient test ordering behavior. Ordering patterns for 61 common tests were determined during a six-month baseline period in 2008-2009, and for the same tests one year later after 30 of the tests had been assigned to an active intervention arm (Medicare allowable charges were displayed on the computerized physician order entry system at the time the test was ordered) and 31 had been assigned to a control arm for which no fee information was displayed.

In April, 1998,  the painfully named newsletter, “The FPWC Pharmacology Literacy Foundation” was conceived. This was the precursor of today’s electronically distributed “Prudent Prescriber.” The inaugural issue headlined, “Sex Sells Newsletters” and featured an article about the then newly available sildenafil ($10 a tablet). In the last 18 years, neither the journalism, nor the humor have improved. The focus of the “Prudent Prescriber” has been to provide concise, practical prescribing information for primary care physicians “in the trenches.” There has been a consistent large dose of pharmaco-economics.

The ePocrates app, also initiated in 1998, as well as innovative apps like GoodRx have made it much easier to have a handle on prescription costs, as well as being able to steer our patients in the right direction for the best deal.

It is time to know and teach the denominator of the value equation. We are in the era of shared decision-making and value based medical care. As professionals, we need to work harder to provide our patients with the intelligible data that they need to make prudent decisions about their own care. It is no longer conscionable to serve up our care without a price tag.

Phil Mohler is a family physician who worked  in the trenches of Western Colorado for 40 years. He prefers dining in eateries with the prices emblazoned about the counter.