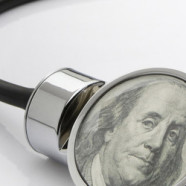 A family member of mine had recently been stricken with Diverticulitis. The treatment included an antibiotic that is infamous for creating nausea, and it ran true to form for my relative. After fighting to keep things down for several days, becoming more and more de-hydrated, nauseous and in pain, he finally said “enough is enough, I need to go to the Emergency Department”. This of course was late at night, and no other options were available.

At the ED he received great care including IV hydration, anti-emetics, and an IV antibiotic. The treating physician also changed the PO meds to a different drug and towards the early morning a trial dose was given to see if it could be tolerated. The med stayed down and we went home later that morning with new orders and a follow up visit to be scheduled with his primary care physician.

But, that is not the point of this story.

One of the options discussed with the ED physician was continuing on IV antibiotics if the PO med was not viable, and he wanted to admit my family member. I told him that was not going to happen.  I explained that I worked for a home infusion therapy provider and that the therapy could be continued at home without an admission. The MD raised several objections which I shot down one by one.

By the end of the conversation I could see that the physician was thinking in a different way about alternate sites of care outside of the four walls of the hospital. He thanked me for pointing out the option and I believe that the next time such a case presents itself all of the potential options will be considered.

Jim Sepeda’s essay was submitted as part of the 2015 Costs of Care, HFMA, Strata Decision Technology, and Yale New Haven Health’s contest entitled The Best Care, The Lowest Cost – One Idea at a Time.